fr Vanishing glaciers. A year on the go

Vanishing glaciers. A year on the go

The multidisciplinary project on bacteria and microbes’ survival strategies in cold environments is entering into its second year.

EPFL’s “Vanishing Glaciers” is a multidisciplinary project aspiring to unravel for the first time the strategies that microbes and bacteria employ to survive in the cold environments of the world’s glaciers. In an era when ice caps and glaciers are melting at an alarming rate, as a result of the ongoing climate change, “Vanishing Glaciers” scientific team puts considerable efforts in the field and the lab, in order to decode and tell the broad public the survival stories of the microorganisms inhabiting the frozen world.

One year well into the project and the field team has already been confronted to the alpine glaciers of New Zealand, Greenland and the Russian Caucasus. Traffic jams from thousands of sheep in the rural roads of New Zealand, long hikes in the arctic tundra with mosquitoes buzzing all around and snowy days on the intimidating Caucasian glaciers is just a snapshot of what the field team has lived through so far.

The collection and storage of water and sediment samples in liquid nitrogen dewars, to ensure the preservation of the bacterial genetic material, in many occasions took place in extreme conditions testing the tolerance and the coherence of the team. Once the samples are transported deep-frozen back to EPFL, it is the Stream Biofilm and Ecosystems Laboratory (SBER) team that takes over.

Using the most advanced techniques, the “microbial life detectives” of SBER do their magic to squeeze out all the available information hidden in the bacterial cells. Big data, including heavy DNA sequencing, in combination with mathematical and statistical techniques are directed towards answering fundamental scientific questions such as “who are these microorganisms living in these unpleasant environments?”, “what are their adaption strategies?” and “since when have they been living in the glaciers’ cold waters?”. First insights into the samples from New Zealand are exciting and extremely promising.

When considerable efforts are made by the scientific team to trace back the cold origins of microbial life and predict its future in a world without glaciers, then it is time for the field team to head out again for another challenging and adventurous round of collecting more samples from the world’s remote glaciers. Marching into the project’s second year, more stories, data and results from the volcanoes of Ecuador, the Indian Himalaya and Kyrgyzstan’s Tien Shan mountains will complement this scientific journey searching for survival clues in some of the coldest environments of our planet. 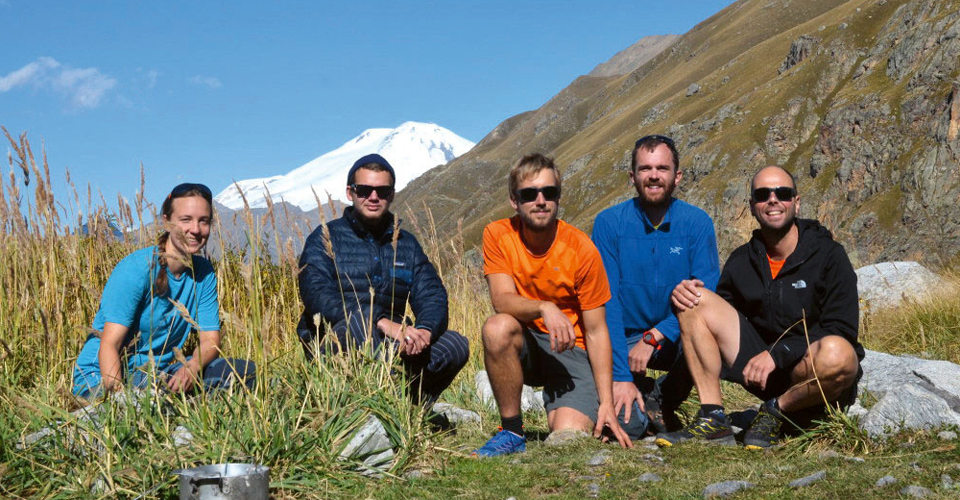 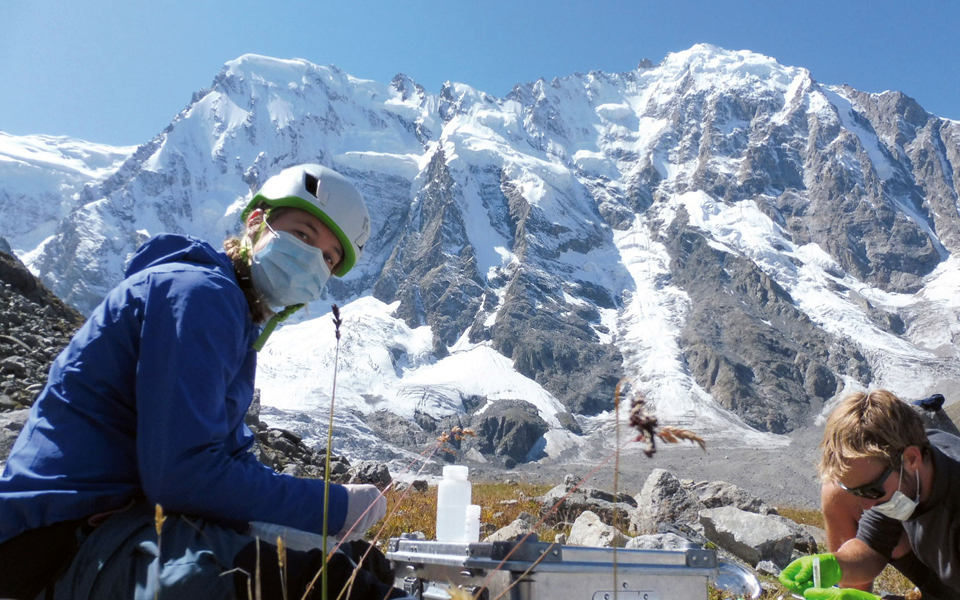 Sampling in front of Midjirgi glacier, the end of the world.

> YOU CAN FOLLOW VANISHING GLACIERS PROJECT ADVENTURES IN EPFL OUT THERE BLOG: epfloutthere.tumblr.com/tagged/vanishingglaciers AND THROUGH INSTAGRAM @vanishing_glaciers