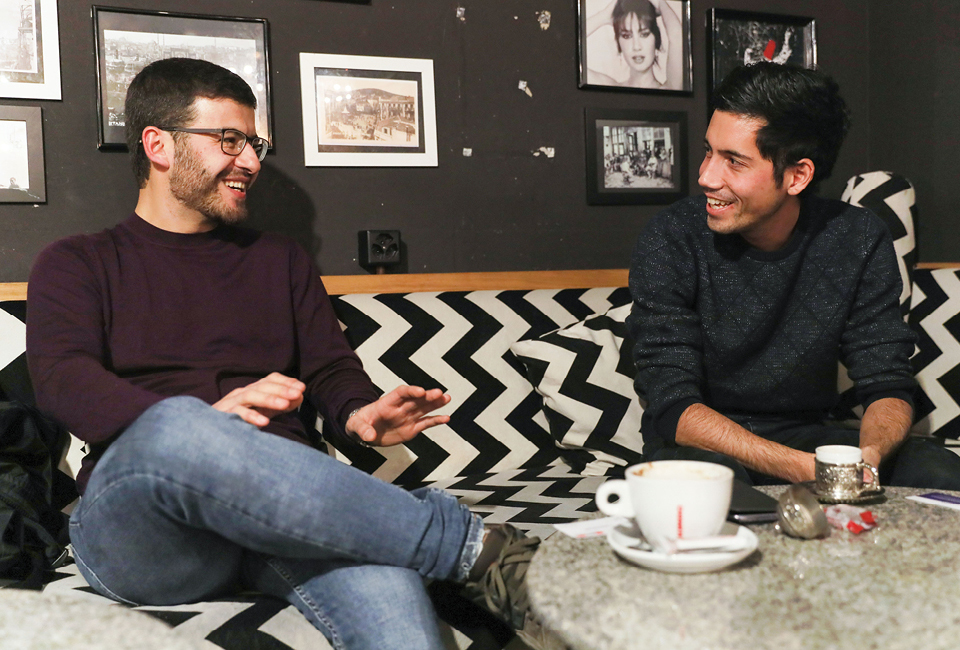 EPFL’s ConneXion program puts foreign students and researchers in touch with local residents in order to foster cultural exchange through food and a fun activity.

“When I got to Switzerland, I wanted to meet people from the area and learn more about the country’s culture – but that proved to be hard,” says Reza Soleimanzadeh Ardebili, a third-year PhD student in electrical engineering. After moving here from his native Iran at the start of his PhD program, he quickly realized that making friends among the local population would be a challenge. “I was surprised, because in Iran we have a strong sense of hospitality.”

Reza signed up for the ConneXion program so he could meet people beyond the community of Iranian expats at EPFL. Launched by EPFL chaplain Alexandre Mayor, the program pairs foreigners up with locals who eat with them and then take them on some sort of outing. Alexandre got the idea after speaking with various PhD students, but the program is open to students and researchers at all levels. “Many people who move here have a hard time getting settled in Switzerland. This can really create anxiety – on top of the stress related to their studies or research. That’s why I felt it was important to help them integrate,” says Alexandre.

“What’s more, after you’ve been living in an area for a while, you’ve built up your group of friends and don’t need to make new ones.” Bastien graduated from EPFL with a Master’s degree in mathematics and currently works for Bestmile, helping to make autonomous vehicle systems. With a father from Thailand and mother from Switzerland, Bastien appreciates the benefits of international, multicultural environments – which is why he wanted to participate in the program.

An initiative open to everyone

Local residents don’t have to be associated with EPFL to participate in the program. The only requirement is that they have been living in Switzerland for enough years that they can initiate a foreigner into some aspect of the country’s culture. Foreigners and local residents can sign up for the program online, and Mayor will pair them up. Then it’s up to the individuals to contact each other and set up a meeting. “Both sides get something out of it. Speaking with someone from a different country is like traveling without having to board an airplane, says Alexandre. And afterwards, they are free to decide whether they want to stay in touch.” Around 30 foreign PhD students and 20 local residents are currently signed up for the program.

“I completed one year of my Bachelor’s degree in Sweden – I didn’t know anyone there and I realized how hard it was to meet local residents when you’re a foreigner,” says Bastien Rojanawisut, who introduced Reza to some interesting aspects of daily life in Lausanne.

Bastien and Reza are both busy and have not had time to meet again, but they do stay in touch and sometimes go to the same events. “ConneXion shows Swiss people that they don’t have to be afraid of foreigners!” jokes Reza. “And it helps foreigners better understand Swiss culture and customs.”

So what is it that surprised him the most when he moved to Switzerland? “The three kisses when you greet someone. In Iran we make kisses on the cheeks when we greet someone, but we do that only to the people with the same gender, except to the mother or sister. Otherwise, I was also surprised by the many bars – in Iran we don’t have them.”